Home Features A sea of change: Autonomous vessels and their legal quagmire 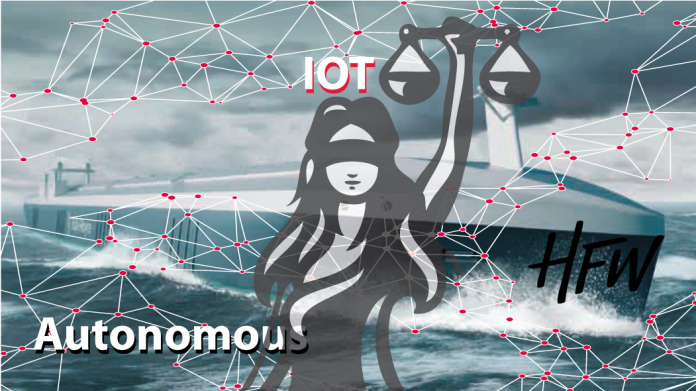 With the advent of autonomous vehicles looming ever closer to hitting the streets of developed nations, the maritime logistics sector is no exception. In this piece we look at autonomous vessels from the perspective of liability and legality and managed to get some face time with the team at Holman Fenwick Willan, who, as it turns out, are ahead of the curve, with a specialist team member, Jonathan Goulding, focused on the autonomous vessels and IOT within shipping.

Here are the questions and answers from the session:

What are the advantages of autonomous vessels from a liability perspective?

There is a perception that autonomous vessel technology will make ships safer – research has shown that the majority of marine accidents are caused by human error, after all. But this is a simplistic view. The rise of autonomous technology actually presents a number of challenges for shipowners and vessel operators, such as ensuring the safe operation of autonomous vessels and conventional vessels in the same water space – particularly in congested waters. If there is a collision involving an autonomous vessel, there will be no change from a liability perspective – liability will still be apportioned according to the causative faults of each vessel.

Have there been any trends from shipowners in their requests with yourselves or any of the other top law firms?

Traditional shipowners are more likely to adopt autonomous technology to support existing ships rather than replace them with autonomous vessels, at least until the technology is fully proven. This is an evolution, rather than a revolution. For example, Maersk is currently trialling AI technology to improve situational awareness at sea, similar to Advanced Driver-Assistance Systems in automobiles, to assist with the development of a future autonomous collision avoidance system.

In the shorter-term, it is likely that adoption of autonomous ships will be driven by cargo interests who want full automation of the supply chain. This will lead to a shift towards cargo owner total business optimisation. The Yara Birkeland in Norway is a good example of this.

Most autonomous ships operating today are small – generally less than 24 metres in length – and operate only within internal waters. Regulatory issues and technology limitations makes it unlikely that we will see fully autonomous vessels sailing extensively across international waters within the next decade.

Are there plans to retrofit current larger vessels or is the trend likely to be that autonomous vessels will be new build?

What types of liabilities are there for the shipowners and if not autonomous, how are they planning to mitigate these liabilities?

There are various legal bases of non-contractual liabilities for damage to property, such as the tort of negligence, salvage and strict liability regimes. There are also a vast number of contracts that shipowners enter into, such as contracts for the carriage of goods.

Shipowners will generally mitigate liabilities by taking out insurance, such as Hull & Machinery and Protection & Indemnity.  Some contracts will also have indemnity clauses whereby each contracting party will agree to assume liability for damage to its own property, commonly known as “knock for knock” provisions.

How have HFW been preparing for autonomous vessels and IOT based bridge and vessel designs?

It’s more been a case of working closely with clients to help them prepare. We have advised a number of stakeholders including governments, insurers, the defence sector and owners/operators of marine assets being used autonomously offshore.

Can you give us 2-3 examples of these clients and the scenario they were preparing for and the advice you a snippet of the advice you have given them?

We have advised a P&I insurer on the regulatory framework. We have also advised two defence companies – one based in the UK and one in France – on the regulatory framework and the potential liability issues they might face in operating autonomous vessels. We have also advised an oil services company on global regulatory requirements applicable to the use of an autonomous marine asset to be used in the seismic industry.