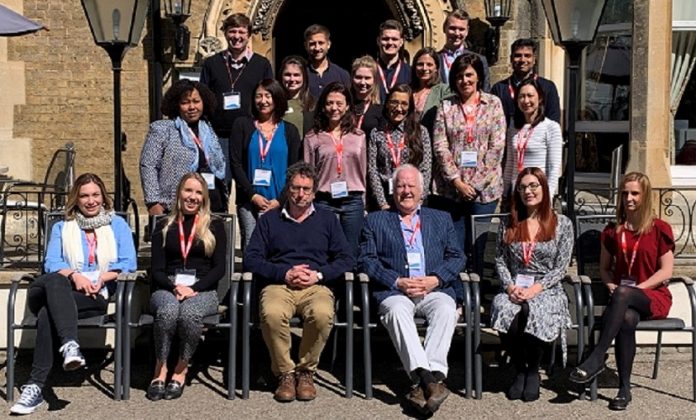 ​There is ample evidence that countries with more gender equality have better economic growth. Today, women represent only two percent of the world’s 1.2 million seafarers and 94 percent of female seafarers are working in the cruise industry.

IMO has been making a concerted effort to help the industry move forward and support women to achieve a representation that is in keeping with twenty-first century expectations.

In this piece (below), Llewellyn Bankes-Hughes, MD of Petrospot shares his thoughts on how women are taking that lead in an industry which has been traditionally dominated by men. The excerpts….

Has the tide turned on gender imbalance in the maritime industry?

At the last bunker training course run by Petrospot in Oxford, two thirds of the attendees were female.

Since half the world’s population is female, it should be expected that half the people at any event will be women. However, we know that at most 4% of the maritime industry’s sea-based workforce is female, and in the Merchant Navy, the International Transport Workers’ Federation (ITF) estimates that women make up only 2% of the world’s maritime workforce.

This makes the attendance level on Petrospot’s training course of over fifty percent female quite remarkable and worth celebrating.

Does this attendance reflect the gender change in our industry that we’ve been waiting for?

It’s certainly timely since Kitack Lim, IMO Secretary-General has announced that the September 2019 World Maritime Day theme will be “Empowering Women in the Maritime Community”, and he will be talking at London International Shipping Week (LISW) which is also takingplace in September.

Fort Lauderdale is Kimberley’s home town and ahead of Maritime Week Americas which took place in Fort Lauderdale in May this year, Kimberly confirmed that she is seeing a change in the industry:

“I can tell you I was more aware when I first started eight years ago, however today I think it is increasingly unusual to not see a woman sitting at the table with me, in one capacity or another. Now, more than ever, women are breaking down stereotypes and truly making waves in male-dominated sectors. It’s encouraging to see a greater presence of females in the bunker industry – with seven females on my team, I’d like to think we are contributing to that wave.”

Speaking to Lindsay Malen-Habibat Resolve Marine Group it is clear she too is a trailblazer who can inspire more people to follow in her footsteps:

“Currently, we actually have more female directors than male directors at Resolve Marine, but the message I want to get out is that your gender or ethnicity doesn’t matter, whether you are a man or woman, or on what side of the industry you originate. We are all equals in the bigger task of trying to make accomplishments that impact the world.”

“At Resolve, we are on the frontline making a difference and working in areas that mean so much to today’s youth. Ports, for example, are central to the world’s infrastructure, and I consider natural disaster salvage as the first line of defence in keeping ports open.

“Harbour clearance, vessel and debris recovery are all essential, life-saving services. We have used the Lana Rose, a former seismic and research vessel, to help residents and teams affected by Hurricane Irma, Katrina and Maria; we have also worked on earthquakes in Haiti and the list goes on.”

Lindsay is first to acknowledge that maritime is a male-dominated industry but she always brings the focus back to the people, the team and the inspiring work they do which is what will attract a new generation of workers, hopefully, half of them women, to our industry.

“The most pleasure I get from my job is talking about the work we do and the people we employ. You can engage a salvage tug under contract, but if you don’t have the appropriate salvage masters, naval architects, technical engineers, marine firefighters, salvage divers, etc. in your employment who are loyal to your team, you have nothing. So, we are all about the people”.

“We created the world’s largest artificial reef to date, sinking the Oriskany, a former aircraft carrier that the late Senator John McCain sailed on. Through our work on the wreck removal of the Rena, the largest ship ever lost in New Zealand waters, we have created a way to clean nurdles off the seabed and effectively skim them off the water as well as the beaches. These skills and technologies matter so much to all our futures.”

“The bottom line is that we consider ourselves protectors and stewards of the environment in terms of our work in emergency response, salvage, compliance, and wreck removal.  In other marine services, we are also helping to protect the seas.”

This powerful determination and conviction are just what our industry needs to deliver a tangible outcome to the IMO’s World Maritime Day theme – empowering women in the maritime community.

Training and environmental protection, which matter so much to young people, are central to the work of Resolve Marine Group and RCCL. The more people like Lindsay or Kimberly who explain their work in the maritime sector, and the vital role of ports and their auxiliary services to our way of life, the more chance we have of celebrating apermanent change to the gender balance of our sea-going workforce.

Kitack Lim, Secretary-General of the International Maritime Organization (IMO), will be giving a keynote presentation at the Flagship Conference at London International Shipping Week, on Thursday 12 September.