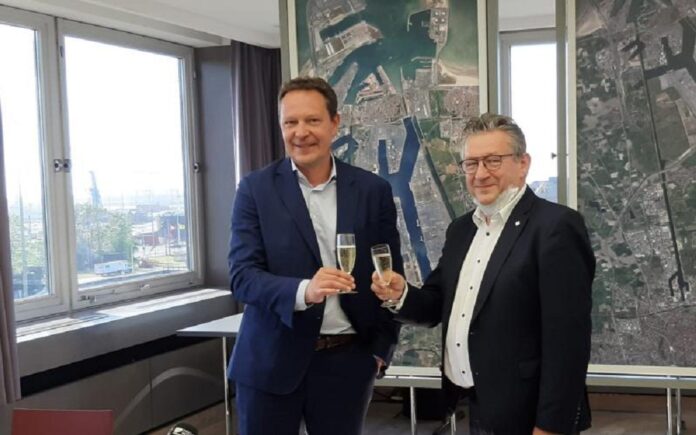 On the 6th of December, Joachim Coens was elected national president of the Flemish political party CD&V in order to lead the party for the next three years. The responsibilities that come with this challenging political function were not reconcilable with his position as CEO at the port authority of Zeebrugge. For this reason he concluded his activities in the port. Vice-President Rik Goetinck was then appointed CEO ad interim.

The Board of Directors thus started the process to recruit a new CEO for the Port of Zeebrugge. Subsequently, an independent external office, Spencer Stuart, was appointed. A selection committee (chairman Dirk De fauw, director Karine Vandenberghe, CEO a.i. Rik Goetinck and the director of corporate affairs Chantal Orlans) got the task to, together with Spencer Stuart, carry out the search for the best candidate. This, to ultimately present the best candidate to the board of directors, preferably before the summer.

Spencer Stuart started looking for a person with a strong commercial background and a broad experience in management as a general director. Someone who can lead and expand an organisation where different departments have to work together in a transparent way. It had to be someone with a strong strategic insight, a born leader and a team player. Someone who is result oriented and has strong communication skills.

In total, Spencer Stuart has screened 110 candidates. Both spontaneous applications, and potential candidates selected by Spencer Stuart and Port of Zeebrugge were carefully evaluated alongside the predetermined criteria. Then, a limited number of candidates were selected for an interview with the selection committee. One person clearly stood out. Not only thanks to his strategic thinking and operational experience, but also thanks to his passion and impressive track record in an international setting.

On the 2nd of July, the Board of Directors has decided, based on the advice given by Spencer Stuart and the selection committee, to appoint Tom Hautekiet as the new CEO of the Port of Zeebrugge. Tom Hautekiet was born and raised in West-Flanders. He is an industrial construction engineer, and has followed several management courses, at for instance INSEAD and CEDEP. Tom is a driven general director. He gained international experience at the West-Flemish multinational Bekaert, where he became Senior Vice President within the division ‘Building Products’. This division counts 700 employees spread all over the world. Within his function, Tom negotiated multiple partnerships between different countries and continents, amongst some with China. Tom is a strong, down to earth team leader that works with passion and enthusiasm.

“We are proud and grateful to present to you a top candidate. Tom is thoroughly motivated, has the right profile and the right skills for this job. We are convinced that the Port of Zeebrugge is heading to a great future with Tom as our new CEO.”

Cruise Industry, Unions get most Workers home, Challenging times ahead