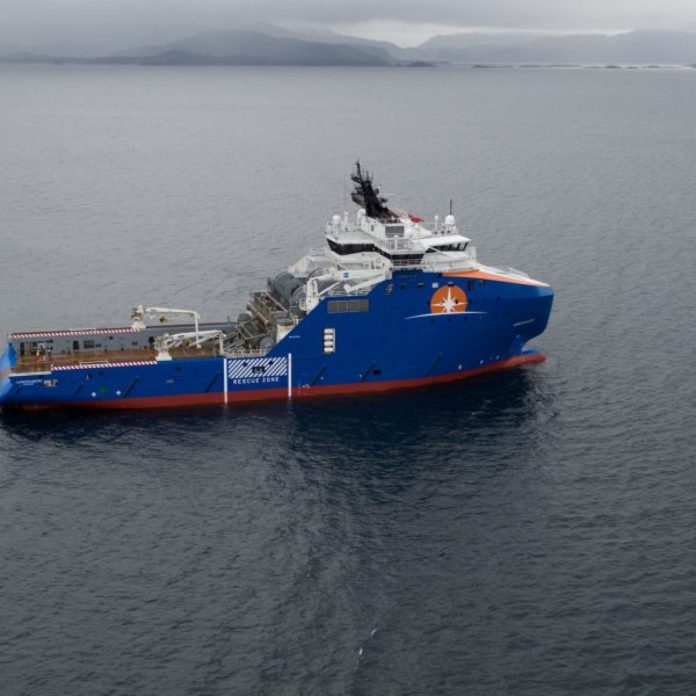 Horizon Maritime is pleased to announce that the intake of the former Bourbon Arctic has been finalized. Now sailing under the name Horizon Arctic, the vessel is one of the most technically versatile multi-function offshore support vessels in the world.

“The Horizon Arctic takes its place alongside Horizon Maritime’s growing fleet of harsh environment vessels, and we are delighted that this state of the art ship is available to help our customers face the challenge of operating in the North Sea, the Barents Sea and beyond,” said Sean Leet, CEO of the Horizon Maritime companies.

Built at the Vard Brattvaag shipyard in 2016, the Horizon Arctic boasts a roster of exceptional features:

The acquisition of the Horizon Arctic also marks the launch of the newly incorporated Norwegian branch, Horizon Maritime Offshore AS, headquartered in Aalesund, Norway. The new venture is led by General Manager, Borge Nakken, an industry veteran and former Chief Operating Officer of Farstad Shipping.

Nakken stated, “The Horizon Arctic has a demonstrated track-record of providing incomparable value. The vessel has been on term contract since delivery and maintains an outstanding performance record; most notably an exemplary safety and environmental result.” Nakken is supported by Senior Technical Advisor, Kaare Jostein Larsen, an experienced maritime technical expert who has worked with Horizon Maritime since 2016.

The Horizon Arctic was recently dry docked at the Westcon shipyard in Floro, Norway where the vessel was painted in Horizon Maritime colours and officially renamed. The vessel immediately returned to work and has a full schedule for the foreseeable future.

Europa Air & Sea has successfully launched the first part of its innovative, bespoke IT solution LeoSea