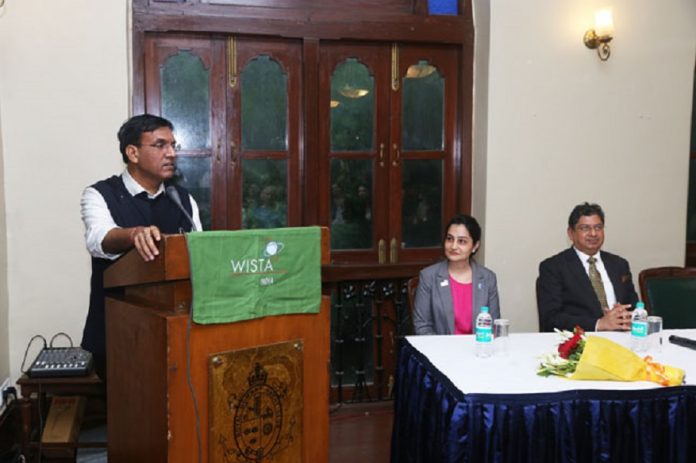 Union Minister of State (I/C) for Shipping, Mansukh Mandaviya chaired at the event organized by Women International Shipping and Trading Association (India). During his address at the ‘Seminar on Women in Maritime Sector, Union Minister expressed his happiness regarding women working as seafarer and participating in Maritime sector.

Further, he called upon to increase participation of women professionals in coastal Shipping, Inland waterways and cruise industry as well. The Minister said that if any company discriminates in hiring of women seafarers, Government would take it up strongly with the company.

Later, he interacted with women participants present at the event – stakeholders and members of WISTA (India) who are working at sea and at shore. He deliberated on issues such as recruitment, retention, sanitation and best practices. He assured them of his whole hearted support.

Sanjam Sahi Gupta, founder and President Emeritus welcomed the Minister and updated him about India’s first survey for women in maritime. Amitabh Kumar, Director General of Shipping was also present among other dignitaries.