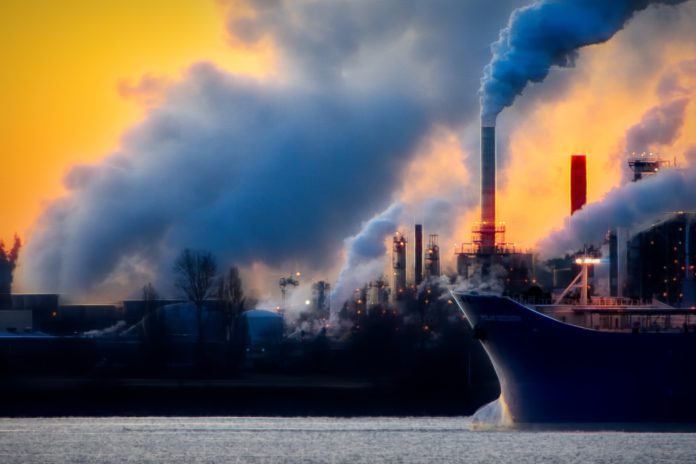 Maritime shipping emissions represent around 2.5% (940 million metric tonnes)², Worldwide and 13%  of the total greenhouse gases (GHGs) produced within the European Union and as such present a very large problem for nation states that are trying to develop a roadmap for their carbon credit allowance. As part of the same study, the projection for the Maritime Sector under “business as usual” may see an increase of the between 50 and 250%.

How does it work:  you take the estimation of fuel consumption of any ship which is then used to calculate the carbon emission. Using this data, the carbon impact can then be used for trading. For every one metric ton of carbon emission that is saved, a carbon credit is given. This is the ship’s currency in carbon trading market for later use and is among ways to lower their carbon emissions.

The system, therefore encourages shipowners to reduce the total amount of carbon emitted by their vessels. In order to lower their carbon emissions, shipowners have a wide range of options to choose from, including: regular servicing of vessel components, reduction of fossil fuel where possible (use of clean energy sources for all non-propulsion systems).  Use of clean and renewable energy sources (biofuel).

Another means of reducing fuel consumption is to consider using low friction hull coatings. This allows vessels to reduce drag and allow for greater distance per metric tonne of cargo, using the same amount of fuel. The rule-of-thumb (based on the latest recommendations from ITTC), is that a 10 micron increase in roughness could lead to a 0.6% increase in the fuel cost. The difference between full-blast and touch-up will, in many cases, be more than 10 microns.

The use of high-performance anti-fouling system will allow for a reduction in the amount of live bacteria such as algae growing on a vessel and this will, in turn retain the low friction properties of the vessels coating. Vessel owners and charterers also use a process called slow steaming, which allows the vessels to travel at a nominal speed of 18 knots and through inertia allows for the vessels to cut through the water with less drag against the total surface.

The current system means that the carbon credits trading system is charged and accounted for from the corporate headquarters of the shipowners and not the flag nation of the vessel and therefore it is possible for ships flagged in a particular nation to be accounted for by the corporate body registered in another nation.

The environmental concerns that are driving the reduction in harmful emissions have a direct influence on carbon trading: Carbon trading is just one approach created to control carbon dioxide (CO2) pollution by providing economic incentives for achieving emissions reductions. Although questioned by many experts who see carbon trading as simply passing the issue onto other areas, it has always been seen as a first step. Now the maritime sector has gone further with the introduction of the International Maritime Organisation’s global sulphur cap.

Sulphur 2020 is a regulation which came into act through the IMO, which aims to reduce the harmful sulphur emissions produced by the heavy fuel types used in bunker From 1 January 2020, the limit for sulphur in fuel oil used on board ships operating outside designated emission control areas will be reduced to 0.50% m/m (mass by mass). This will significantly reduce the amount of sulphur oxides emanating from ships and should have major health and environmental benefits for the world, particularly for populations living close to ports and coasts. In order to achieve this objective there are a number of solutions such as the use scrubbers, fuel treatments  and the switch to compliant fuels.

The biggest proponent of the vessels emissions is the actual fuel used for propulsion, which is derived from the low heat (heavy) output from fractional distillation and therefore all bunker production organisations are looking for alternatives to the heavy crude and diesel used for the vessels. Biofuels have been offered up as a fuel source, however the cost implications involved for biofuels is prohibitive. The standard 3rd generation biofuels are still based on fuel crops such as sugar cane and maize and therefore not ideal. A completely new source of biofuel is algae. A source which occurs naturally and uses carbon dioxide in the atmosphere to grow. This fuel source has lipids which are rich in oil, however the extraction process of this fuel is costly and not comparable to the current fuel sources used in the industry.