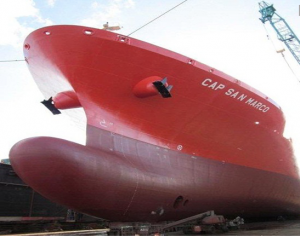 CMA CGM has hired a 2001-built Panamax of Diana Containerships Inc., for a period of 8 to 11 months. The 3,739 TEU container vessel Domingo is slated to start working for the company from 15th September, 2017.

Around USD 2.04 million of gross revenue is expected to be generated by the employment for the minimum scheduled period of the time charter. The gross charter rate is USD 8,500 a day minus a 3.5% commission paid to third parties.

The vessel in question is at present chartered to Nile Dutch Africa Line B.V. at a gross charter rate of USD 6,000 per day according to information from Diana Containerships.

In addition to this, in a recent press release issued by Diana Containerships Inc. (dcontainerships.com), it was stated, “through a separate wholly-owned subsidiary, it has agreed to extend the present time charter contract with CMA CGM, Marseille, for one of its Panamax container vessels, the m/v Centaurus, for a period of minimum eight (8) months to maximum twelve (12) months. The gross charter rate is US$7,950 per day, minus a 3.5% commission paid to third parties. The new charter period is expected to commence on August 23, 2017. The “Centaurus” is a 3,426 TEU container vessel built in 2010.”

Cargo Declines at Port of Long Beach in June

Dublin Port Throughput Declines by -10.9% in Six Months to June