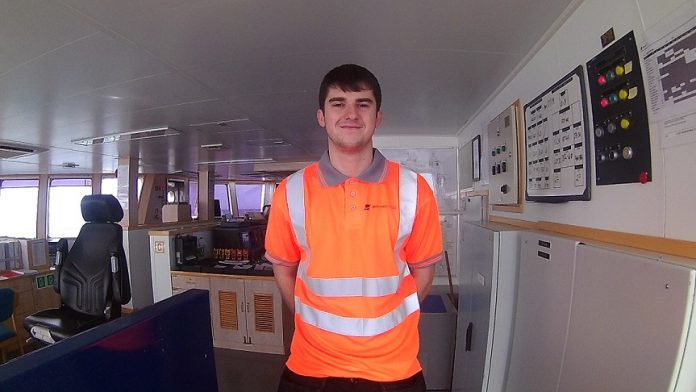 Seven cadets have been recruited by emergency response and rescue vessel (ERRV) specialist Sentinel Marine as part of the firm’s drive to nurture new talent in the maritime industry.

The additional posts see the total number of cadets recruited by the fast-growing Aberdeen firm increase to 11, with four already having completed their training.

Sentinel Marine plans to support a total of 30 cadets through their maritime training by 2023, growing its pool of talent as its fleet of ERRVs – the youngest and most efficient in the North Sea – increases.

Since 2015 the firm has taken delivery of eight new-build ERRVs – all of which have multi-role capabilities – with a further four to be delivered by the end of next year. It represents an investment of almost £150m.

Sentinel Marine chief executive officer Rory Deans said the firm was committed to nurturing the next generation of seafarers and encouraging young people to consider a career in the sector.

He said: “We are delighted to welcome these young cadets to Sentinel Maritime, and look forward to see their skills, confidence and abilities grow over the next three years as they undertake training onshore at college and on board our vessels.

“They join just as three of our most recent cadets have earned their final certificates of competencies and our first cadet has been promoted to officer. We work closely with nautical colleges to identify students who, like our current crew, are reliable, diligent and committed, and who are suited to the varied nature of the work that our vessels undertake.

“Our recruitment and retention rates are very healthy. The fact that we can offer brand new vessels with additional capabilities beyond the traditional ERRV role and provide a very high standard of crew accommodation and facilities, has allowed us to attract the very best talent the industry has to offer.”

Skye-based Ian McLeod, who was a student of Glasgow Nautical College, now has all his certificates of competency and has commenced employment as a third engineer onboard the Fastnet Sentinel.

He has already undertaken a trip to Canada to assist in delivering the Scotian Sentinel to Aberdeen and later this year will deliver the newest addition to the fleet – Malin Sentinel – from a shipyard in China to the north east.

Ian said: “It’s a brand new vessel and it’s going to be a great experience to head out to China and to get the ship ready for the voyage. It’s not every day that you get an opportunity to do something like this.

“We’ll go to Singapore to take on bunkers and supplies and from there we will be sailing through the Suez Canal – something that is a big deal for any seafarer – and taking her up to Aberdeen from there. It’s an honour to be asked to do it.”

Global shipping body addresses the health concerns of seafarers during the...